Stars of Science has become an essential platform for the next generation of innovators in the Middle East.

Why is Stars of Science an essential concept in Qatar and the greater Middle East?

Arab youth look up to the Stars of Science alumni who have since gone to establish businesses or become serial innovators, raising over USD$ 14 million in revenues, grants, and crowdfunding to support their business and winning countless awards. They give back to their communities by supporting and mentoring other young people, sparking optimism for a bright future.

How does Stars of Science reflect Qatar’s greater aim to inspire younger generations?

The show is bold in its statement that there is no exclusivity on innovation. Anyone can innovate regardless of their origin or circumstances. In the era of nanotechnology, information, and the Internet of Things, achieving your dreams has become easier. Some of the greatest ideas can now be realised using the smallest and cheapest tools.

Stars of Science is a TV competition, created by Qatar Foundation and first aired in 2008 to foster innovation in the Middle East. The show follows nine innovators from the Arab world over a 10-week process, where an expert panel of jurors assesses and eliminates candidates until only four finalists remain to compete for USD$ 600,000 in seed funding.

Why did you become a juror on Stars of Science and what does your role entail?

I have always been on the lookout for platforms that allow me to connect with large swathes of young people across the world, inspiring them to reach their potential. Stars of Science is unique, supporting Arab innovators to develop a prototype for an idea they believe will solve a problem.

The jury has a huge responsibility. Think of us as Sherpas guiding this person who is climbing their own Everest. Those who are worthy to reach the peak usually make it to the top and those who do not usually make it, back down and try again. I’ve observed life-changing stories.

We have contestants from all over the Arab world, including war-torn countries. For those who are finding it difficult to turn their dream into a reality, we offer a way.

Is there something people may not know about the role of the juror?

The amount of background research that goes on behind the scenes is incredible. We are looking for people who will inspire a generation and be role models within their communities and countries, so it’s as important that they have the right attitude as well as having a strong idea.

How does your background working at NASA and starting your own Silicon Valley company equip you for Stars of Science?

I lived in America for 22 years, 17 of those in Silicon Valley and 10 of which were at NASA, where I worked with some of the brightest minds on Earth. At NASA, I worked on launching two spacecraft and designed and built intelligent robots and drones. This provides a unique vantage point and equips me with the necessary tools to carry out this important role.

Are there any participants who were particularly memorable?

Fouad Maksoud, the winner of season nine. Witnessing his journey from his first pitch as a relatively unknown lab scientist to a true ‘Star of Science’ who has inspired a generation highlighted the power of the show to me. He developed a ‘Nano-shielding Textile Machine’ that applies petrochemicals and pharmaceuticals to ordinary textiles. The machine can make clothing waterproof, or integrate healing medicine within the very fibres of bandages. Fouad continues to give regular talks in schools and his innovation has been included in school curricula across Lebanon.

A wonder of the ocean 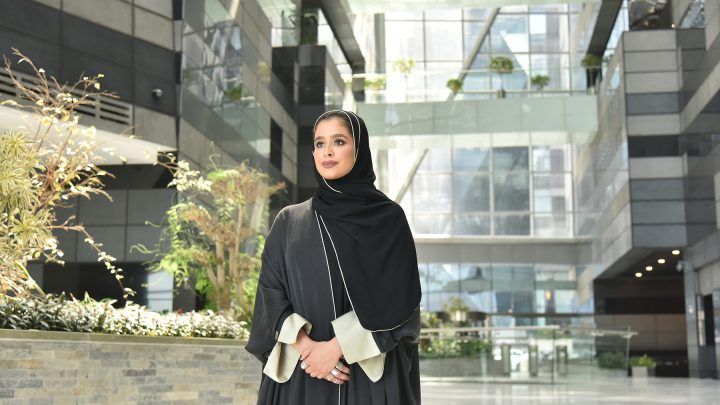 A new generation of educated and industrious Qatari women

Qatari Apps that could change your life...