In its 10th anniversary year, Executive Director Kurt Meister talks about the creation and growth of the Qatar Philharmonic Orchestra.

The soaring chords cut through the air like a lone bird breaking the desert dawn. This is Qatar Airways’ signature music, created by Qatari composer Dana Al Fardan and played by the Qatar Philharmonic Orchestra. It is instantly recognisable to any traveller.

The Qatar Philharmonic Orchestra has more than one string to its bow, however. Founded by Her Highness Sheikha Moza bint Nasser, Chairperson of Qatar Foundation – of which the orchestra is a member – the orchestra plays an eclectic mix of classical and Arab music, and modern show-stoppers.

Kurt Meister, Executive Director of the Qatar Philharmonic Orchestra, has played a major role in completing the extraordinary task of constructing a world-class orchestra from scratch.

Originally from Germany, Meister was a member, and subsequently manager, of the Bavarian State Opera for 21 years in total, and also worked as the general manager of the Bavarian Symphony Orchestra. He was brought out of retirement to form the Qatar Philharmonic Orchestra.

“It was an incredible challenge”, he explained. “It was June 2007, Doha was not known for any orchestra, and yet I had to convince international musicians to come here. But now, if you ask these musicians, they think of Doha as their home.”

The Qatar Philharmonic Orchestra brings together musicians from 28 nationalities, including 14 Arab members. Kurt filtered through an extraordinary 3,200 applications to find the 101 best musicians among them and conducted up to eight auditions simultaneously. It was a huge undertaking, as he only had seven months to set everything up.

“At first, I was nervous we wouldn’t get the applications,” says Kurt. “But they flooded in. The auditions are now blind, with musicians playing behind the curtain, which means they are selected by the orchestra on musical ability alone.”

The auditions demanded a gruelling international schedule, taking place in London, Madrid, Paris, Moscow, Cairo, Zurich and Vienna. Once completed, the selected musicians came to Doha with their families. Of the original orchestra, 80 per cent of those musicians are still in place to this day. 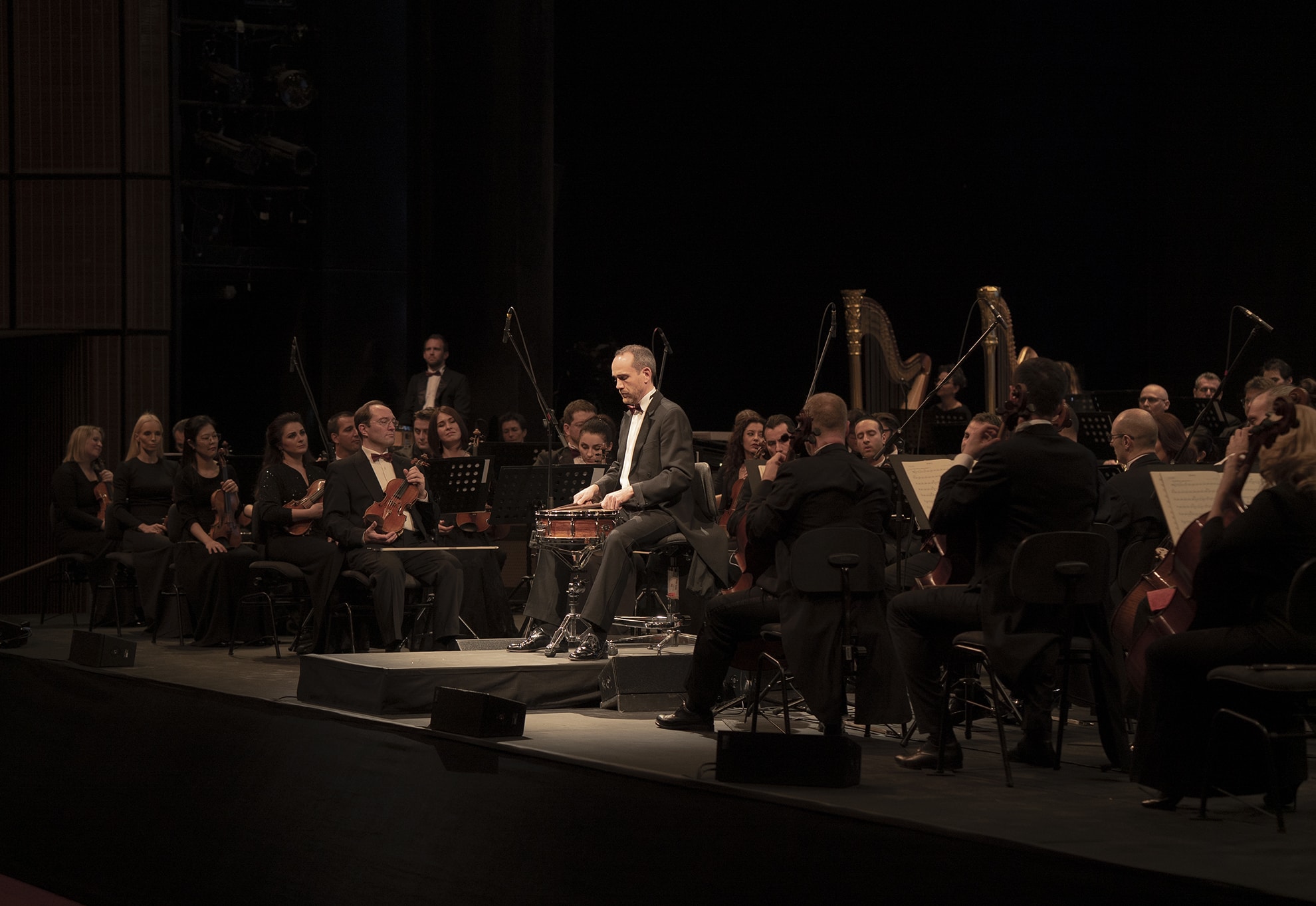 The orchestra has also developed its own distinctive style. Within the space of a few weeks, it performs everything from video-game music to a classical repertoire including the works of Haydn and Berlioz, and Arabic compositions.

The orchestra goes on tour often, most recently to Russia and China. “It is important for an orchestra to be on tours” says Kurt. “This is how Qatar Philharmonic Orchestra can, in terms of its artistic level, be compared to the best orchestras around the world”. In 2016, it played a sell-out tour featuring Rachmaninov’s piano concerto and Tchaikovsky’s Symphony No. 5 in London’s Royal Albert Hall at the BBC Proms Festival.

So how has the orchestra matured since its formation? As Kurt explains, during the philharmonic’s 10th anniversary concert, it performed the same programme, a composition by Maurice Ravel’s Bolero, as it did during its inaugural concert.

“But this time, the orchestra performed without a conductor. That has never happened. You could see the self-confidence of the orchestra. The drama was extraordinary.” All members of the orchestra are soloists, which demands the highest artistic level.

Unknown to Kurt during the 10th anniversary performance, which was broadcasted live on television, the skin of the soloist’s drum was damaged. On the final bar, the skin broke.

“If it had happened three minutes earlier, we would have had to stop the concert,” says Kurt. “For my own blood pressure, I am so glad that I didn’t know at the time that that was happening.”

Her Highness Sheikha Moza was there for the orchestra’s first performance, and also for its 10th anniversary concert, allowing the Qatar Philharmonic Orchestra to showcase what it has achieved over the past decade.

Qatar Philharmonic Orchestra continues to balance its repertoire between Arab and Western music. It has achieved new heights by collaborating with local artists such as Wael Binali, Hamad Al Naama, Nasser Nasseb, and Dana Al Fardan. In the case of the latter, a project called ‘The Beginning’ was recorded and filmed at the Hamad International Airport runway with a Qatar Airways A380 in the background.

The orchestra has also conducted two airplane flash-mobs – when going on tour, it performs the music live on the plane its musicians are travelling on, to the surprise of other passengers.

For his part, Kurt has embraced Arabic music, including the rababa – the oldest Arabic instrument, dating from the eighth century, and made from a coconut shell with one string.

The musicians are a happy family of different nationalities. As they perform together, their closeness is apparent because of one reason: music. They have shared a momentous and highly successful musical journey. And Kurt says there have been noticeable changes in Qatar’s cultural scene since the orchestra’s establishment.

“At the beginning, there were less cultural events,” he says. “Now you have galleries, jazz clubs, different types of music. For each taste, you can find something. We have people of every age in our audience.

“Our chamber music concerts at Qatar National Library and the Museum of Islamic Art have different kinds of audiences to the people we welcome at our regular symphony concerts. I am so proud of what the orchestra has achieved, and that there is an extraordinary cultural diversity in Doha now.” 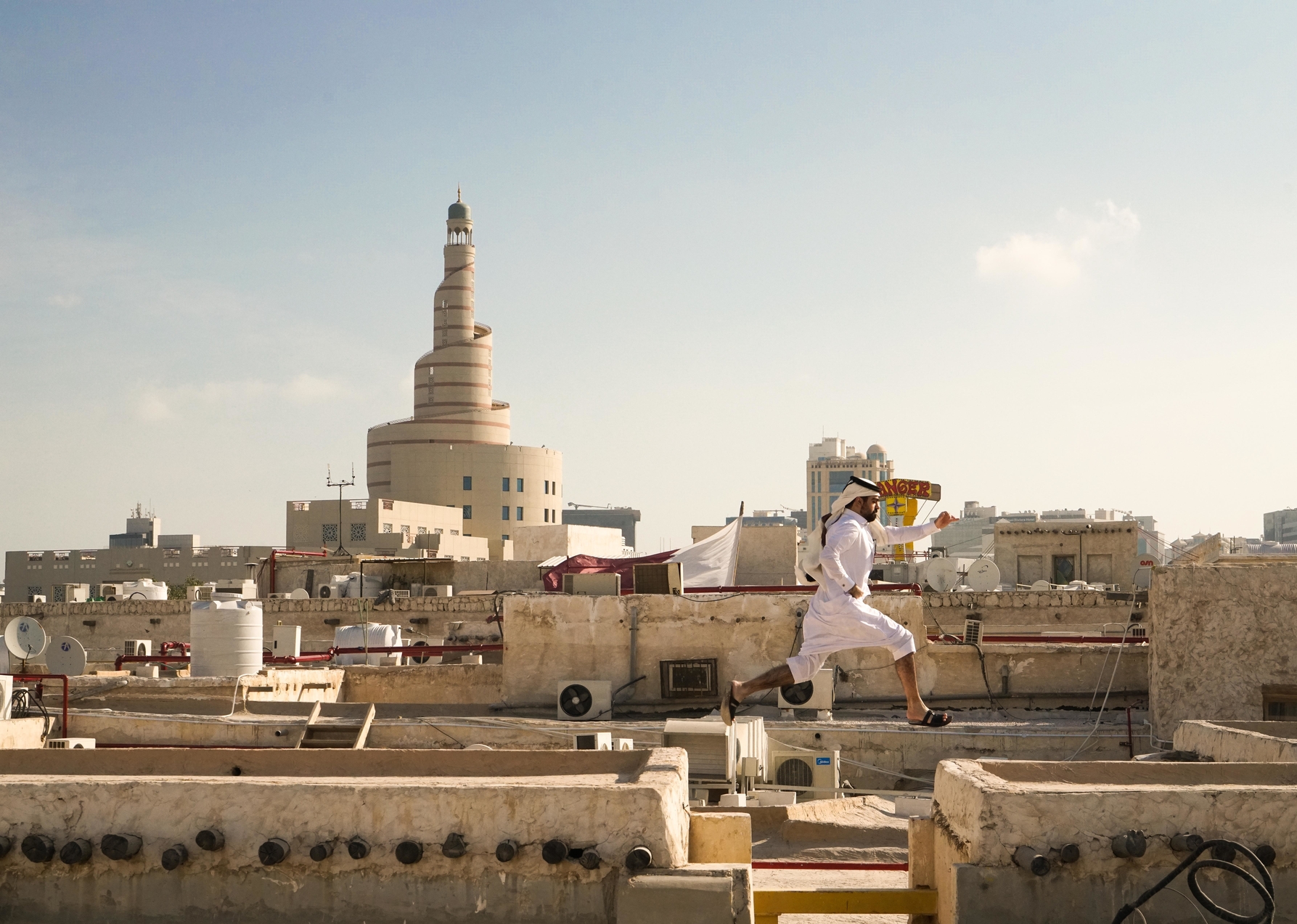